Streaming video production: How it works

Streaming video production has become an essential method of communication with a wider audience. My production services include delivery of online video streaming with broadcast television standards and values gained during my years of BBC training and by utilising my broadcasting, post-production and editing skills during many years of successful freelancing work.

In addition, I have the specialist knowledge to deliver edited programmes and webcasts for timed release on various streaming platforms and online channels according to their specifications.

In my roles of producer, cameraman, director, and video editor, I am experienced and adept in producing and filming a wide variety of situations required for online streaming, including panel discussions, debates, cultural events and live performances.

Productions for online video streaming can either be filmed and broadcast immediately as a ‘live’ stream or filmed (pre-recorded effectively) ‘as-live’ and then edited to meet any production aims or editorial guidelines. This pre-filmed and pre-edited programme can then be streamed online or uploaded to online channels from specific dates or to meet your pre-planned streaming schedule.

With an actual ‘live’ streaming production, the content is immediately broadcast to a streaming service while it is being filmed. To be able to facilitate this ‘live’ streaming, some additional boxes of kit are required (e.g. an encoder, a switcher and converters) to change the video signal from the professional camera(s) into a suitable file format and compressed size required, which is specified by each streaming service.

If the online ‘live’ video broadcast is being filmed using multiple cameras, then a vision mixer will also be required to select the camera angle to be broadcast at any one time, and the vision mixer will also vary the shots according to whatever is taking place and according to the online video broadcasting brief. During streaming, all the ‘live’ camera footage can also be recorded on each camera for any possible future post-production and editing after the event.

For ‘online live streaming’ a technical assessment will be required at the venue ahead of the live event to assess the broadband speed and the mobile 4G/5G signal strength as these networks will be used to transfer the encoded video signal to the streaming service from the cameras.

If the location networks are unreliable or not fast enough, additional internet and 5G connectivity can be arranged for installation ahead of the live online stream to ensure a successful streaming media production.

For the pre-recording of a video, the production is filmed as required with either one or multiple cameras. All this filmed footage is then transferred to a post-production workstation, backed up for project security and then edited together after the event to any brief supplied by the client for subsequent streaming.

Some advantages of pre-recording and then editing before transmission are that it enables different and more complex elements to be filmed at one or more locations by a smaller crew over a longer time span.  A variety of these filmed elements can then be edited to create one longer programme to include additional material if required.

Pre-recording also enables more editorial control over the content as edits can be reviewed and changed as required until the final version is agreed upon. Different takes of the same performance can also be filmed if required, and the best ‘take’ can then be selected for the final edit.

Some of my top tips when planning to film either a ‘live’ online broadcast or a pre-recorded ‘as-live’ online stream are:

My previous streaming video production projects have involved producing a wide range of content. These projects have included working with TV presenters, performers, cultural commentators, musicians, well-known actors, and various clients and their teams. My multi-camera streamed video productions have previously encompassed programme durations from 20-minutes to over 90-minutes in length.

This was a ‘live’ streamed 1-hour 20mins production to mark the centenary of the Government of Ireland Act and continues to be available to interested viewers thereafter.  The conversation was moderated by Fergal Keane and featured distinguished historians Patricia Clavin, Caoimhe Nic Dháibhéid, Niamh Gallagher, and Ian McBride. (YouTube link to view Centenary Conversation)

A 35-minute pre-recorded production to be streamed on the anniversary date of St. Brigid and continues to be available to interested viewers thereafter. It features musical performances by Joy Crookes, FEARS and Aislinn Logan, and spoken word readings by Sinead O’Brien and Martina Evans. It also included performances by Camille O’Sullivan, Loah and Lisa Lambe filmed during the previous year’s celebrations at the Embassy. An interview between Prof. Louise Richardson and Julie Etchingham, which was included in the main film, was also made available as a separate 17 min video. (YouTube link to view Brigid Unplugged)

A 51-minute programme filmed and produced by the Embassy of Ireland for London Metropolitan University. Featuring an introduction from the Ambassador of Ireland, Mr Adrian O’Neill and Professor Don MacRaild, followed by readings and poetry from patron Martina Evans & writer Lucy Caldwell and Lucy in conversation with the Director of the Summer School, Dr Tony Murray. (YouTube link to view Irish Writers)

A pre-recorded 50-minute production to be streamed on the anniversary of Bloomsday (in conjunction with productions from many other Irish Embassies worldwide) and continues to be available to interested viewers thereafter. This 51-minute programme features a group discussion hosted by Emma Dabiri and includes spoken word readings by Adrian Dunbar, Denise Gough, Caoimhe O’Malley and Nial Buggy. This event also features two musical performances by tenor Eamonn Mulhall. (YouTube link to view Bloomsday)

With filming at Bridewell Centre, London, this theatre production company required their students’ end of term performances to be pre-recorded to be streamed on specific dates with trailers for each performance streamed in advance on YouTube. My filming of these three 90-minute musicals took place on different days, using up to 6-cameras for each production, followed by the editing and delivery, which took place over a four-week period. These three film productions were available to view by invitation only and were withdrawn from YouTube after transmission. The two trailers only can now be viewed:

LSMT No One In The World

With over 20 years of experience in broadcast production, I offer my friendly creative and technical expertise to support my clients through the whole streaming media production process from initial pre-production and planning through to final delivery.

If you would like any help or have any questions about your streaming media production, please get in touch.

Julian started his career in media in 1994; shortly after Julian was invited to join the BBC where he was quickly promoted to Editor. Julian left the BBC to develop his freelance career in 2009. Highly-practised and skilled in constructing engaging narratives, Julian’s key strength is his ability to produce strong visually-led stories. In his work, Julian shares his passion for creating powerful synergies between story content, visual rhythm and music. 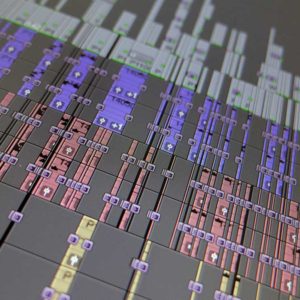